Ember’s art deals with duality and paradoxes. A multidisciplinary artist, her works question the nature of representation through a redefinition of classical genres of still life and landscape. Her practice moves across a wide range of mediums, including collage, photography, painting, video and sculpture. Ember plays with the contrasts that arise from the simultaneous documentation and celebration of objects. Objects that are recreated with a precision that both reveres and solemnizes whilst depicting an inherent banality. This synchronicity of representation and acclamation generates a grey area, wherein Ember’s work verges towards the spiritual. By investigating the various elements found in her work in such a manner, Ember’s delves into notions of time, identity, heritage and community. Ceramic cups, plates, and lumps of clay become animate and embody the lives of their previous owners. Viewers are inspired to consider their past, the environments from whence they emerged; and where they were once used. Fictitious or real, the objects are imbued with a history that can never be uncovered. 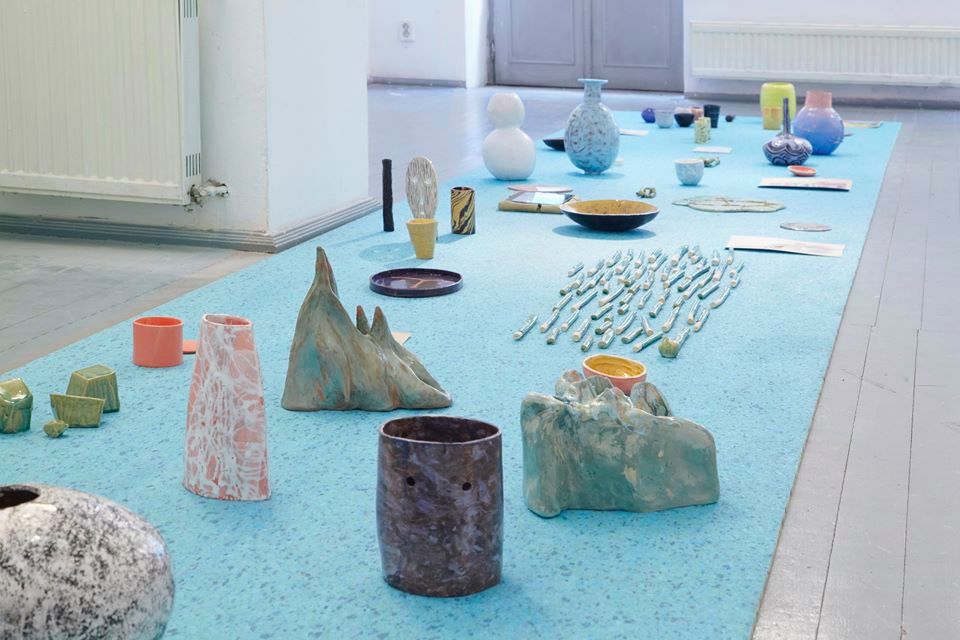 Last September, in a two person exhibition with Zsófi Szemző at Labor Budapest, Labor: Dust and mist (Por meg pára: állandó jelzők, fizikai állandók) Ember made use of objects to evoke the spectres of environments that had a sentimental connotation to her: homes of her friends and family in Sao Paulo and Budapest. The artist summoned a place, and moment, for her personal history. Age and and the essential physical properties of each component within her installation with Zsófia Szemző explored through an arrangement of everyday things made from clay – cups, vases or indefinable fragments. A narrow blue sheet was spread from wall to wall of the gallery, reminiscent of a plastic tarpaulin stretched out across the ground of an excavation site, where these small ceramic sculptures were laid out for examination. The ephemerality of these subjects reflect the desire to capture something – a memory, a glance, or a moment. By the simple suggestion of their unearthing, the sculptures were granted a past. Their cracks, imperfections and flaws hinted towards the passage of time that they aimed to preserve. Ember cross analyses the latent symbolism of her creations; their flaws are purposefully designed to reveal a fictional historicity; inspiring a contemplation of their purported ontology.

The viewer is able to step back and separate the story from the object, enabling an immersion into the physical nature of the sculptures; the shine of the glaze, the mottled texture of the clay. The melding together of that fictional and physical; the paradox of weathered pottery with no history, allows a special appreciation for the cup or vase itself. Formally, the cracks become just as important as the vessel’s function, or perhaps even more so. 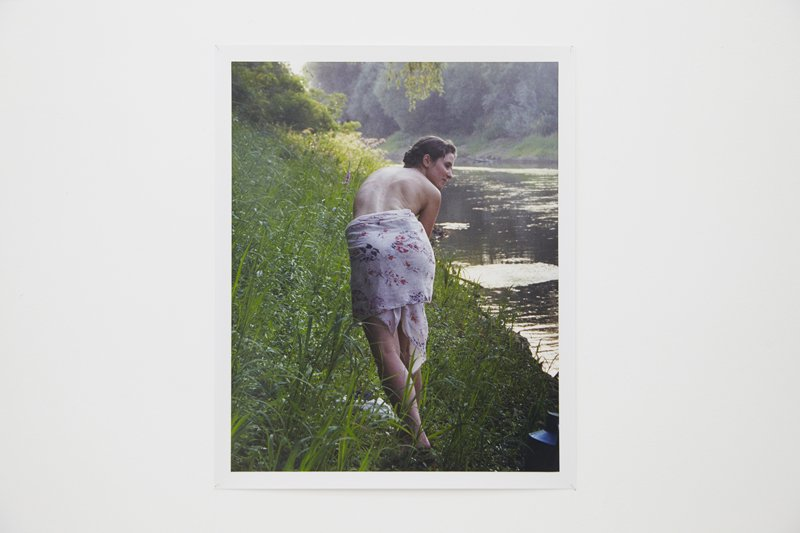 Another feature of these ceramics is a motif that re-occurs in much of Embers current body of work – faces. Simple, linear visages are drawn on inanimate objects: plates, cups and on the heads of sticks. These symbols react against the inert functions of the sculptures, further forcing upon them an agency and past. In her previous  one-person exhibition, Messzevágyók – Longing for far – Ember works with the significance of representing a face, focussing on Jean-Luc Nancy’s essay Look of the Portrait. Here, Nancy states that depictions of figures were made for only three reasons: glory, death and love. With collages of friends and flat, silhouetted cut outs of faces and profiles, love seemed to be the driving force for Ember in this show, however there is something essentially lonely in the works. Figures in the photos are solitary. Set alone in lakes, fields or beneath trees the figures are turned away from the camera, refusing to engage with the viewer or their environment. There’s a disconnect between man and nature that is conveyed in this particular body of work, and this despondency is manifested in sculptural elements. The oversized profiles, cut into different materials and with unsteady edges, have no distinguishing features – no face. They turn you away, shut out your gaze. With so many heads and so little to interact with, one becomes alone in a crowd. Man is withheld from nature, and now the viewer is withheld from art. Unlike in her ceramic works, where the inanimate is given life, these portraits appear cold and detached.

Such paradoxes cause one to constantly evaluate the nature of Ember’s works and their representation. Things are never quite what they seem. 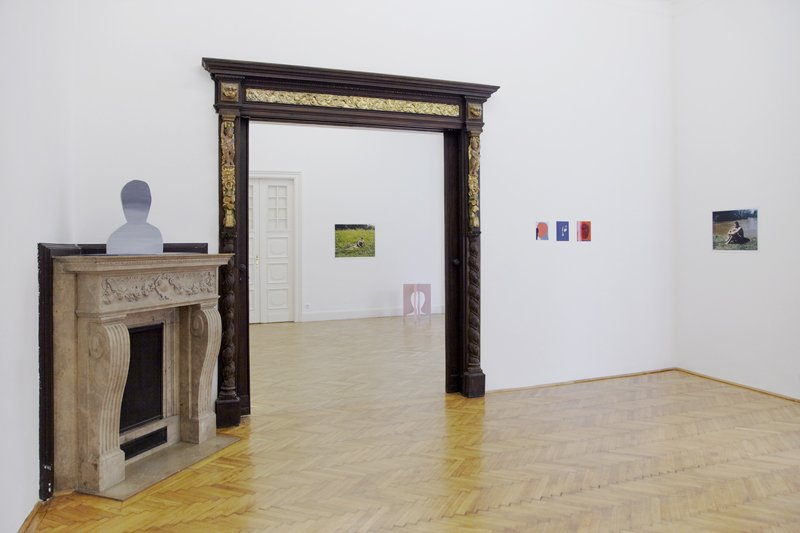 Ember graduated from Moholy-Nagy University of Arts and Crafts (MOME) in Budapest, in 2009 where she majored in Photography and Visual Communications. During her studies she spent several semesters in the United Kingdom and Slovenia. She has had artist residencies in Brazil, Belgium and the Czech Republic. She has had her work exhibited internationally with exhibitions in São Paulo, Paris, Lodz, Brno and Budapest. This year Ember exhibited in the group show ABSTRACT HUNGARY at Künstlerhaus für Kunst und Medien, Graz, as a young voice for the abstract art in the Hungarian capital.

For more information about Ember’s work and her current exhibition visit: